If you are an animal lover, you can take a trip to Svatý Kopeček by Olomouc, less than one hundred kilometres from our hotel. The Olomouc Zoo has 350 animal species, some of them being very rare. There is a lot to do even for children. You can take a train in the local safari or rest at the refreshment stand while your kids are playing at the adventure park.

How to get there

The Zoo is not right in Olomouc, but there are several options how to get to Svatý Kopeček. If you like exercise, you can take a nice walk from Olomouc or ride a bike. You can also go all the way to the Zoo by your own car, however parking spots there are not so many. There is a bus stop not far away from the Zoo for buses going to and from the main train station.

Over 1700 animals and other attractions

The Olomouc Zoo offers a lot of animal species. You can see meerkats, wolves, bears or monkeys. The Zoo has the largest shark aquarium in the republic. In the tank you can watch two shark species. Apart from sharks and big fish species there is also a ray. Another accessible pavilion for the fearless is the bat pavilion, where bats are flying right over visitors' heads. The Zoo specializes mainly in giraffes and sea aquariums. If you want to learn some interesting facts, you can join in commented feeding of some species. Their schedule is available on the official website of the Zoo. In case your children would like to pet some of the animals or feed them, bags with special feed are available at the entrance. Safari train and "Lanáček" will make every visit even more fun

Once you reach the giraffe pavilion, you can board one of the safari trains, which will take you even to places which are otherwise inaccessible. You can take a ride among white wolves or antelopes and you will pass by the gemsboks and coatis. The ride is approximately thirty minutes long and the train will circle back to the giraffe pavilion at the end.

The next attraction is a lookout tower reaching the height of thirty-two metres. From the top of it you can enjoy the view of the whole Zoo, basilica at Svatý Kopeček, and even Olomouc. With a little bit of luck you can see as far as Praděd - the highest peak of Jeseníky Mountains. At the end of the tour when you might want to sit down and rest a bit, there is a refreshment stand with a nearby adventure rope park "Lanáček" where your children can play while you relax. 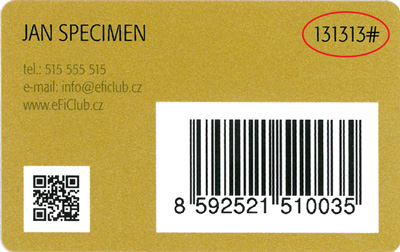